The Vault' from Whitney Cinema on Vimeo. 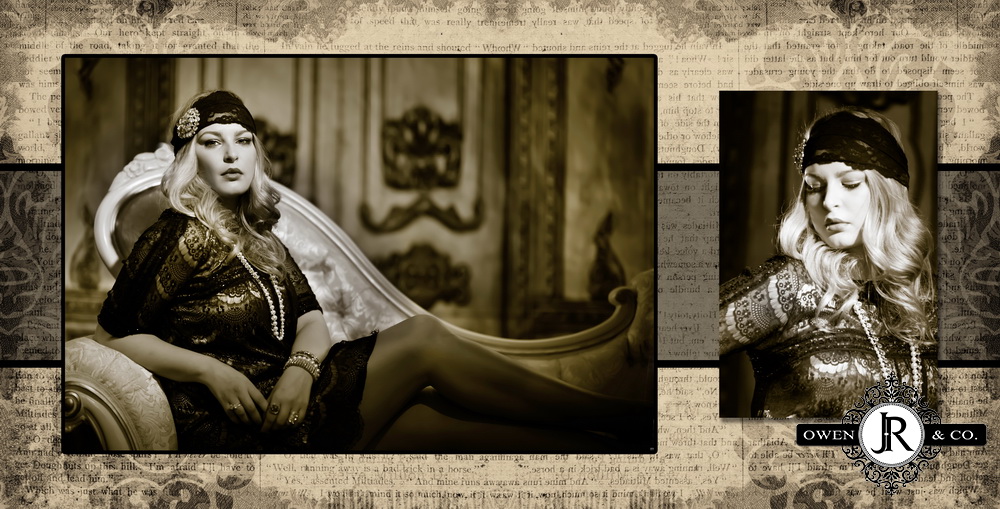 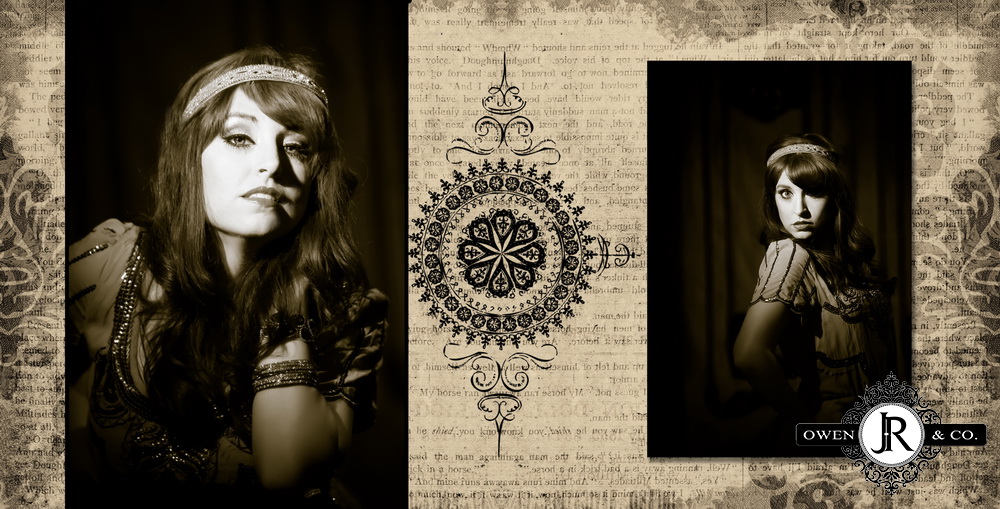 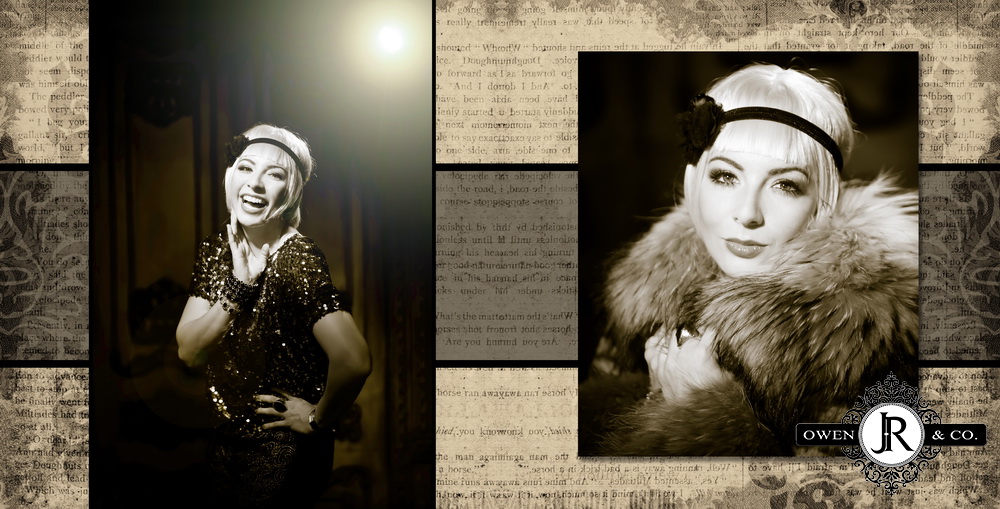 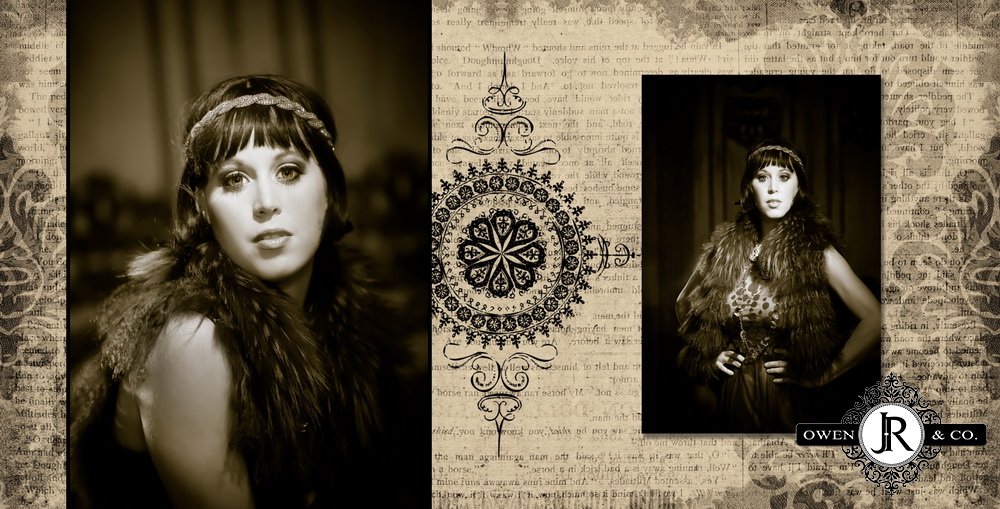 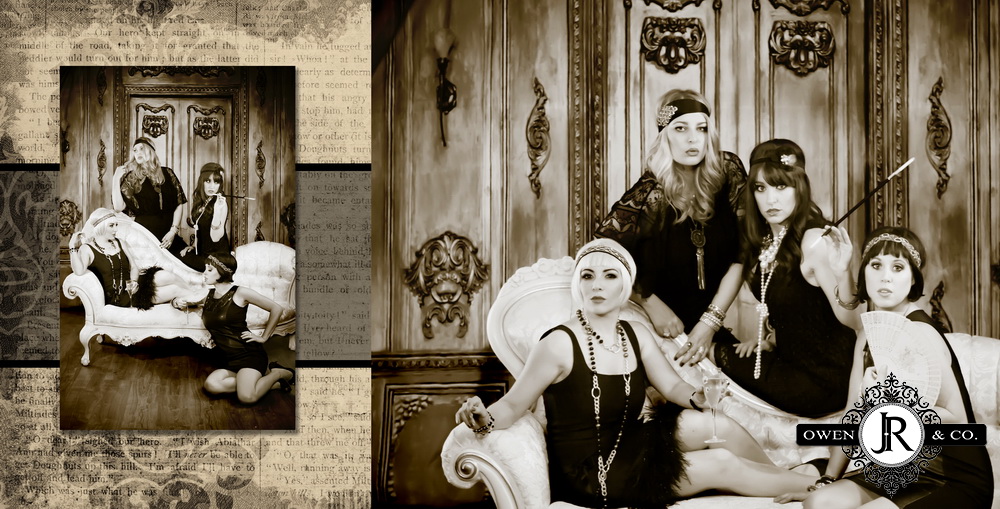 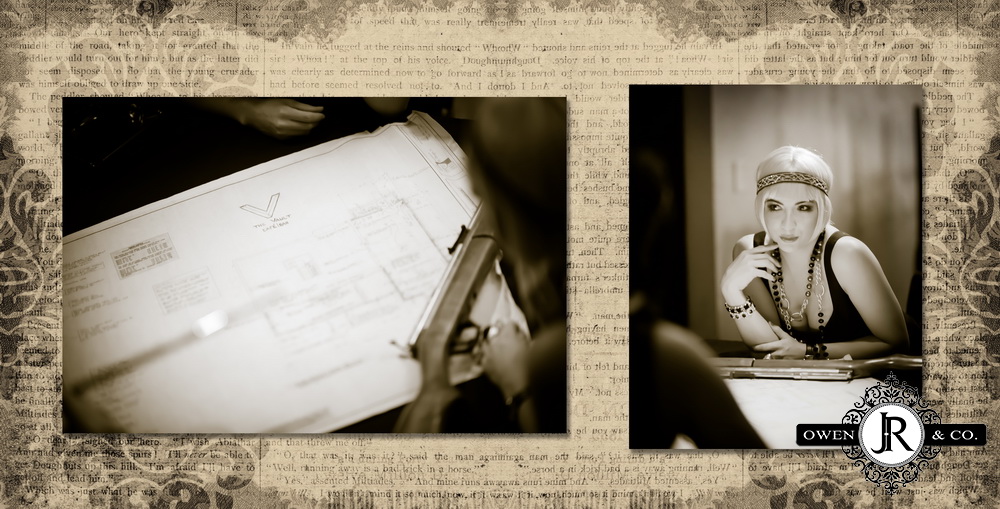 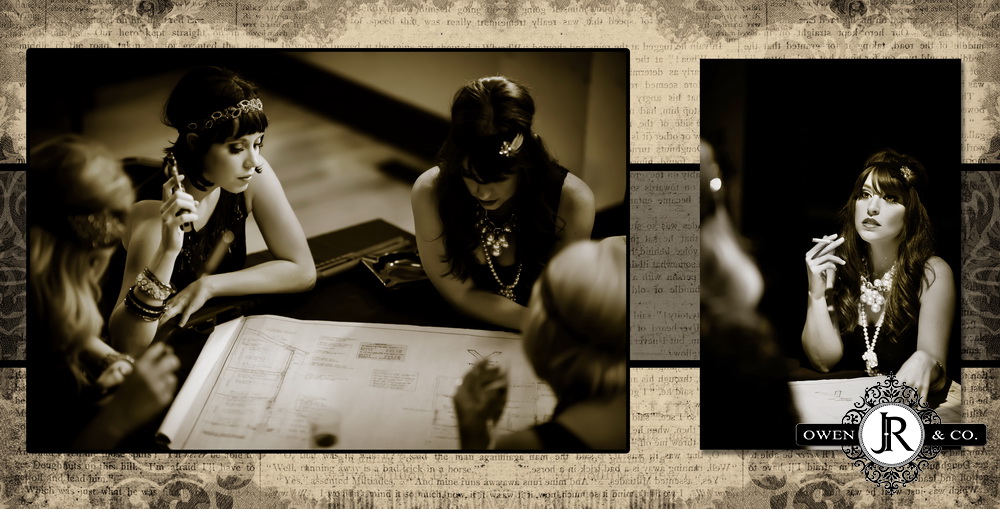 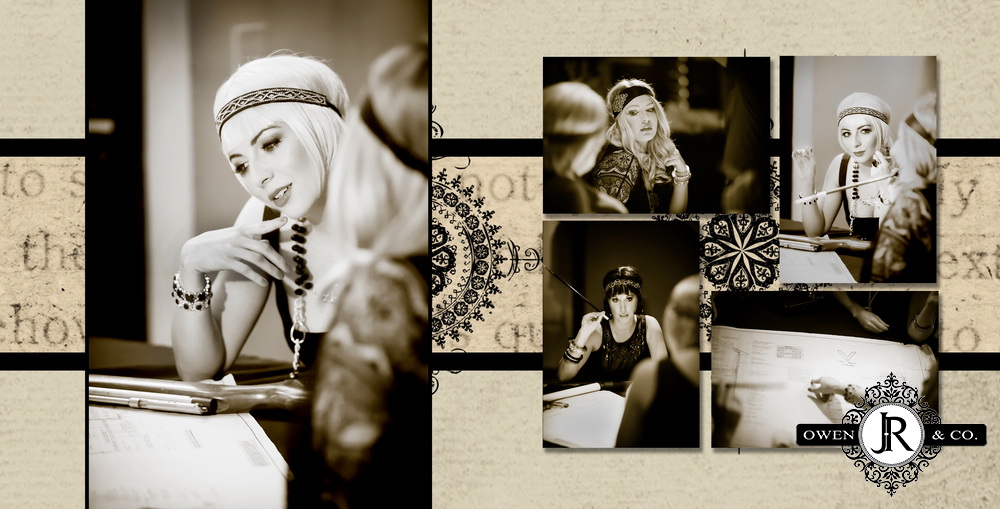 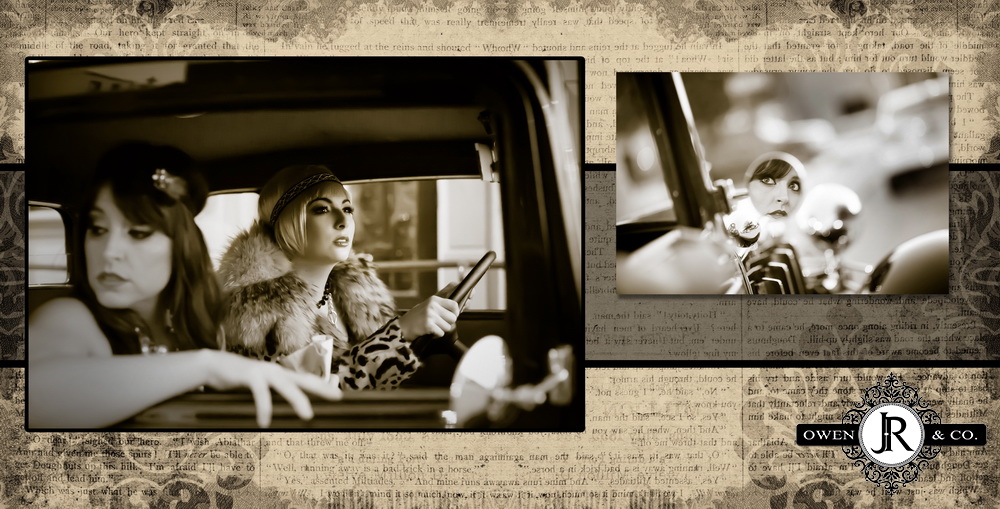 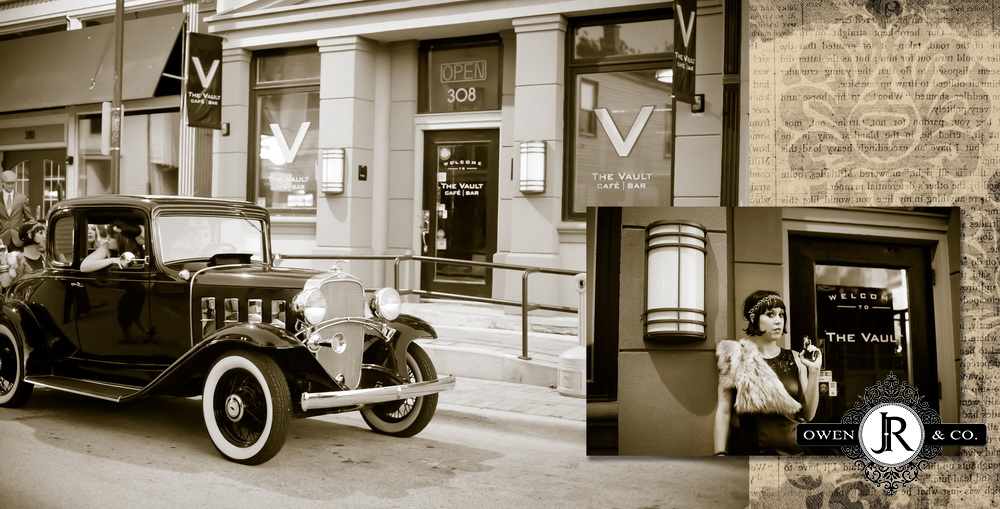 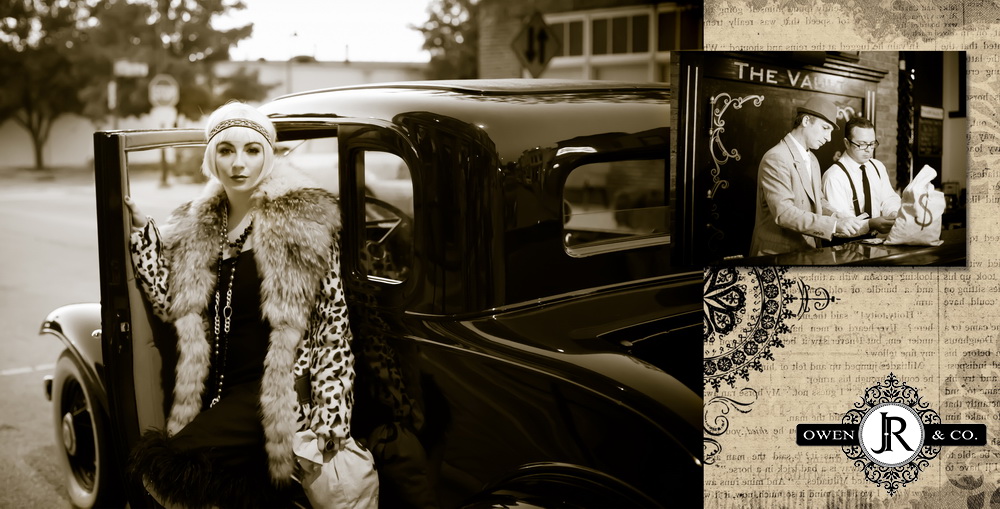 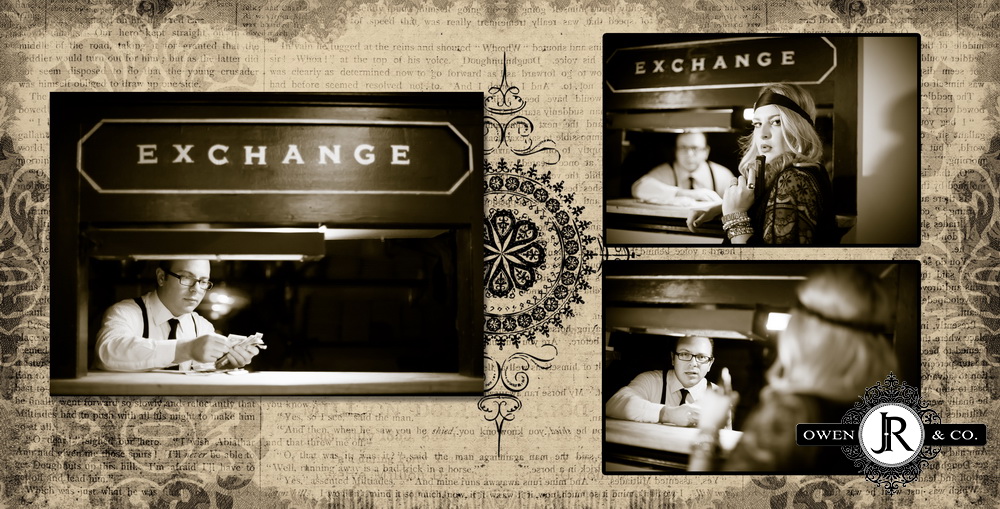 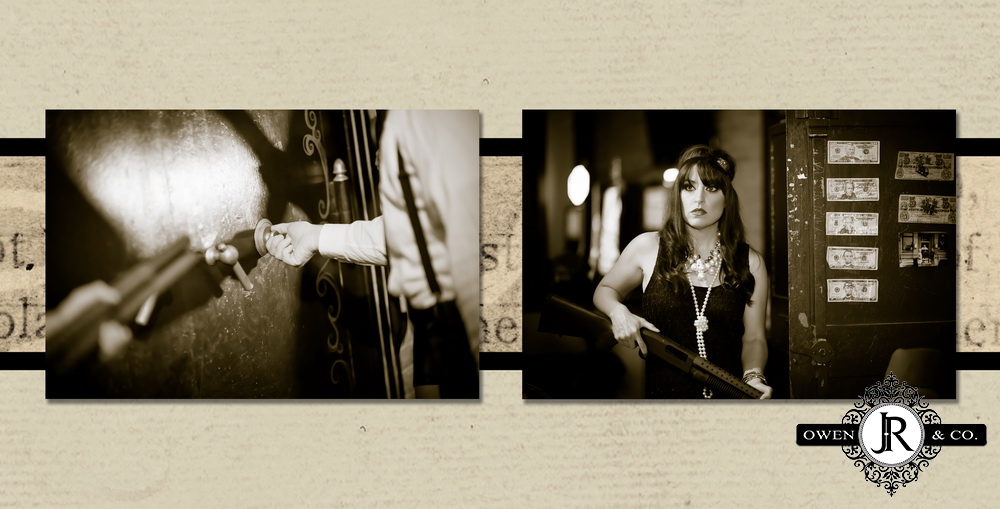 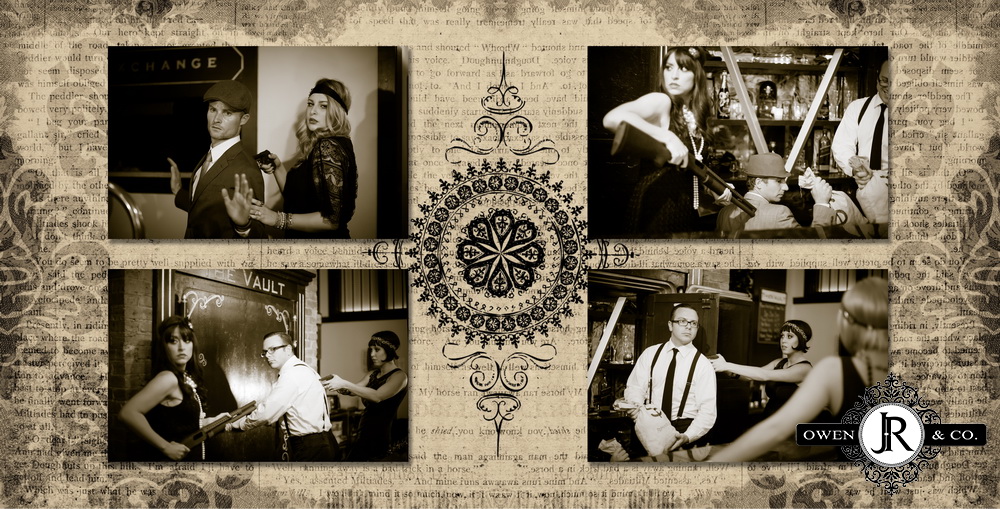 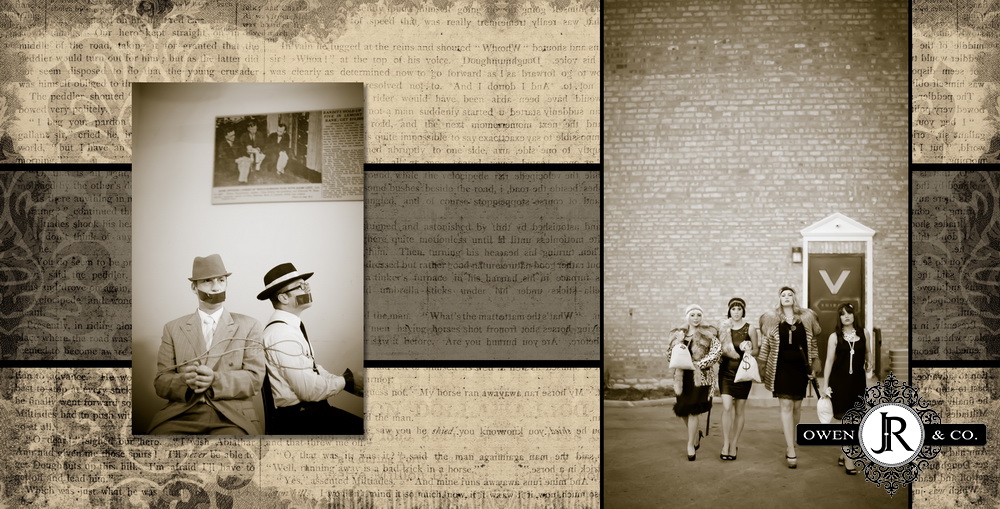 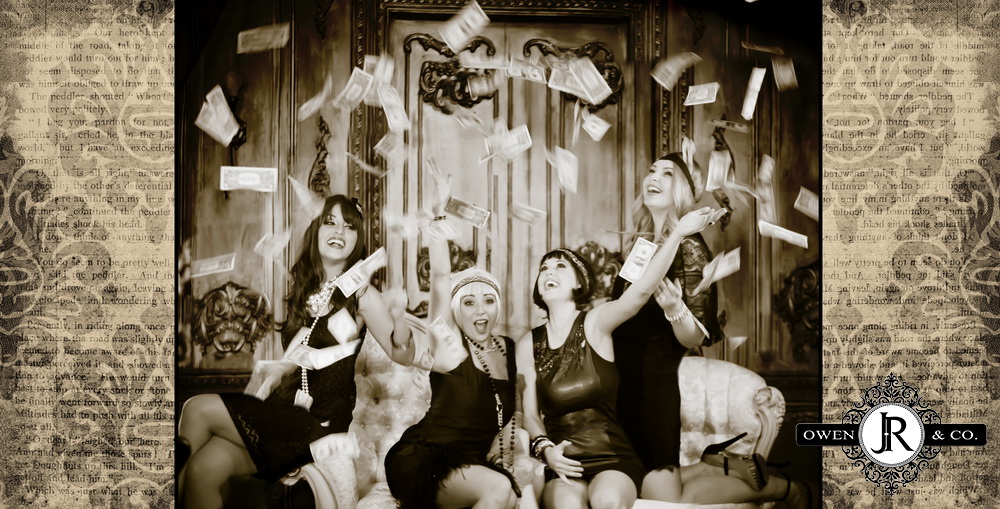 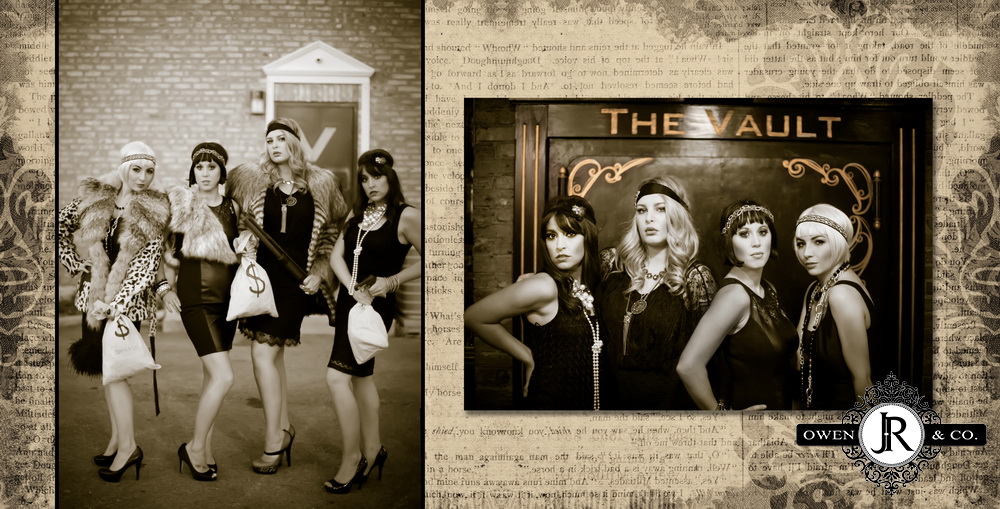 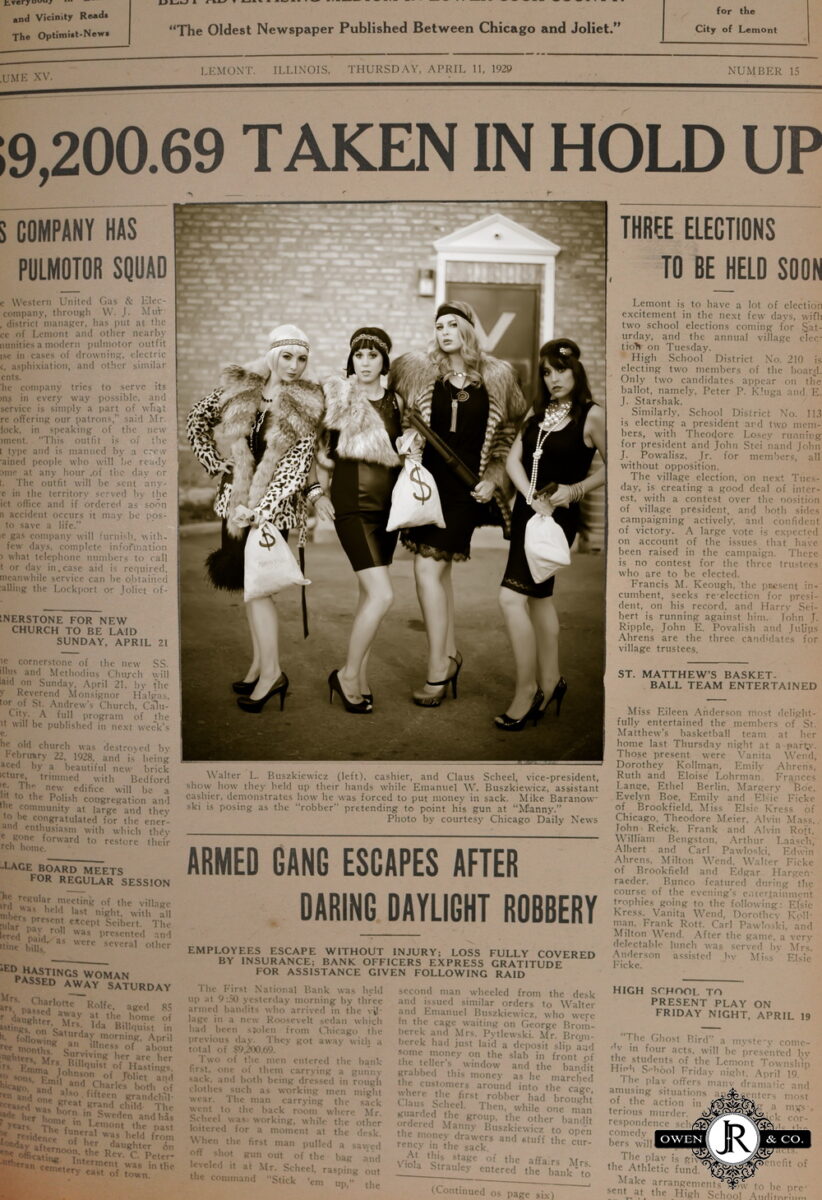 Location and Libations provided by Vacci and Jim. Vault Cafe and Bar

Shortly after 10am on a quiet Wednesday morning, April 10th, 1929, a blue car drove slowly into town from the North. At the corner of Canal and Stephen streets, the car turned to the right and came to a stop at the opposite end of the block-- in front of the First National Bank of Lemont. The driver remained in the auto with its motor running while the two accomplices quickly got out and crossed the street. One (the apparent leader) carried a "gunny sack" and the other wore dark glasses. They both glanced nervously up and down Canal street, but no one was in sight.

In the back Claus Scheel, the vice president, was at work in his office at the rear of the building while up front his two tellers Walter and Emmanual Buszkiewicz were waiting on two customers-- Mr. Greorge Bromberek and Mrs. Joseph Pytlewski. No one looked up when the door opened and two bandits rushed in. Out of the “gunny sack” came an ugly sawed off shotgun and the leader headed directly for Claus Sheel's office. The other bandit covered the tellers and the customers with a revolver. No one tried to turn on the bank alarm as it was not in working order (it had not been working for some time). Mr. Scheel was directed out of his room to the front. In a gruff voice the leader said, “All we want is your money- and we want it in a hurry. So hurry up and get it for us.” Then, turning to the customers and employees, the man with the shotgun said, “Well boys, I have been working for the past six months on this plan and I have come to collect my pay.”

Around 10:45AM, Mrs. Viola Strauly entered Canal Street. Nobody seemed to be around to talk with this morning. The street seemed strangely empty and quiet, except for the muffled noise of the engine of the blue car parked down the street. She walked past the Lemont National Bank and headed for the First National Bank to take care of some money matters. As she came up to the door of the bank she hesitated: something was wrong, but just as soon as she reached to open the door the driver of the blue car leaped out, pressed a revolver to her head and shoved her into the bank. She was herded into the corner with the other customers while the driver returned to the “getaway” car. Fearful of discovery, the looting began in earnest. All available bills from the open vault were gathered and placed in the gunny sack. It amounted to around $9,000. Frantically the leader demanded, “Where is the rest of the money?” The teller, Emanuel Buszkiewicz replied, “That is all there is... Baloney! What kind of a bank is this? You couldn't run a bank on so little money!” Glancing around he saw the coin machine and emptied it. “I thought you said there wasn't any more.” Angrily he demanded, “Where is the rest?” Some pennies were then given to him, but he threw them aside. Then, upset because the amount of money was less than anticipated, the bandits removed valuables from the customers and employees. (watches, and jewelry were taken). When on of the tellers was slow to remove his watch, the gunman tore it off, scratching his wrist.

Finally, deciding that there was no more reward available for the six months of planning, the two crooks ordered the four men and two women down into the basement. Then they locked the basement door, leaving the victims trapped. All the basement prisoners could hear were footsteps running to the car, and the car driving away at a high rate of speed.

Around 11:00AM a local garage owner looked up as he heard tires squealing. He saw a 1929 Blue Nash sedan with wire spokes turn a corner on two wheels and head North. He vaguely wondered who could be in such a hurry. Meanwhile down in the damp dark basement all six captives were yelling and calling out for help, but no passerby's walked the quiet street. As the minuted ticked by, the bandit trail grew cold and the victims grew more and more upset. Finally they heard footsteps. As they grew closer, Mr. Scheel frantically called out through the sidewalk grating. “We have been robbed, and we are locked in the basement!” The footsteps stopped. There was a long thoughtful silence, and finally a slow voice replied, “Well, that's a good place for all of you.” and the stranger walked down Canal Street offering no assistance.

Frustrated, the group decided to try to escape on their own. Emanuel Busziewicz was lifted to the grating and, after much effort, he wormed his way slowly and painfully up to the sidewalk. Then he opened the bank door to release the holdup victims. So much time had passed that no chase was begun. The first town officer notified of the robbery was Alderman Max Buszkiewicz, who learned about it when he just decided to drop in and see his son. The “clever” bandits had missed a great opportunity. For all their planning they overlooked the fact that only one store down was the Lemont National Bank. They could have robbed both banks at the same time!

The garage owner identified the “getaway car” on hearing the news, but to a Joliet News reported he said, “Oh, did they get the bank?” Well, let them go-- my account was overdrawn five dollars anyway.” 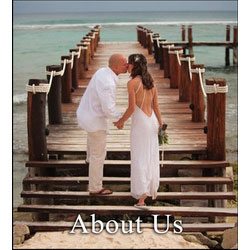 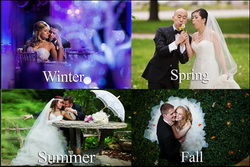 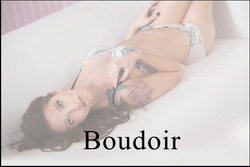 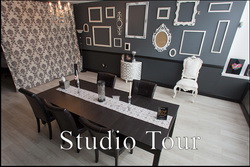 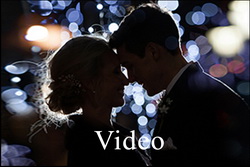